The Washington Elite Awards Show and Charity Gala is the most anticipated award show and most exciting black-tie gala in the international blockchain space. The event took place at the Versace Mansion during the Miami Blockchain Week and played host to a number of distinguished guests as well as founders and managers of projects of PraSaga, BitHotel, Society.io, and more.

Bruce and David Porter, who are the founders of the Washington Elite, were the official hosts of the Washington Elite Awards Show and Charity Gala. Bruce Porter Jr. is a serial American entrepreneur and a recognized name in the Bitcoin monetary revolution, who has brought together world leaders together in developing the digital landscape, from blockchain to the metaverse, and is now recognized as a leader in smart contracts, cryptography, AI, VR, AR, social media, and event production.David Porter on the other hand is an early investor in blockchain, popularly known to run the first sets of barber shops to accept crypto as a form of payment. David has a rich background in event production and has demonstrated this exceptional skill on a host of platforms including the Washington Elite company. 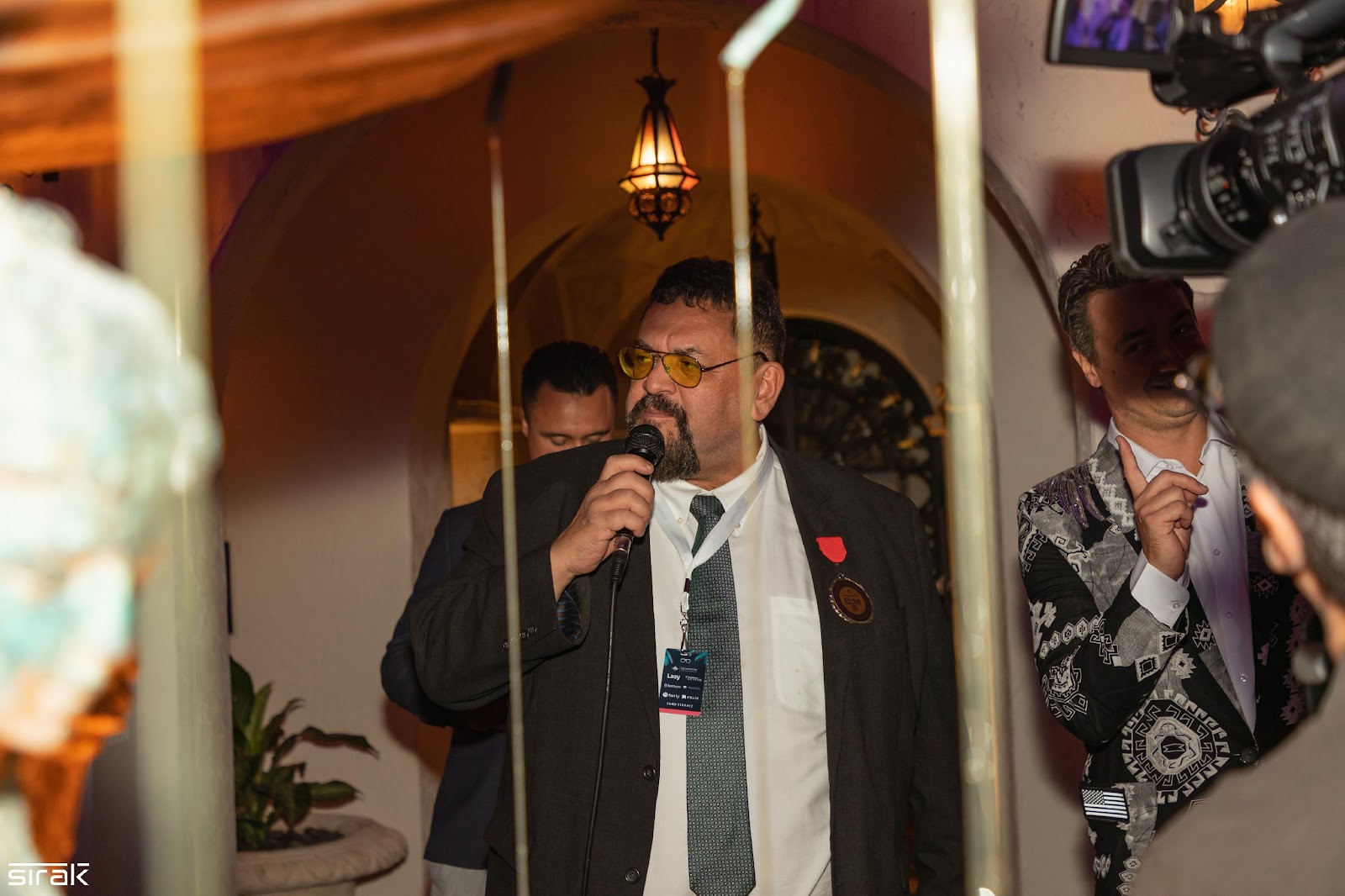 Amongst the numerous awardees was Nick Spanos, founder of the Bitcoin Center New York. Nick Spanos is a trailblazer in the widely-recognized bitcoin and blockchain technology industry. His company is the world’s first-ever cryptocurrency trading floor. Nick was recently featured on Netflix’s blockchain documentary Banking on Bitcoin and has gone on to share his wealth of knowledge on various blockchain events around the world. In addition, Nick Spanos was also featured as a Keynote speaker at this year’s North American Bitcoin Conference.